NanoEden: The First 3D Virtual Reality Feature Film and the Promise of Eternal Life
NEW YORK, Dec. 20, 2016 — (PRNewswire) — The Brazilian director Daniel Bydlowski announced this week the completion of NanoEden's principal photography, the world's first virtual reality feature film in 3D. According to Bydlowski, who studies virtual reality as a graduate student at the University of California, Santa Barbara, the great majority of virtual reality projects are "virtual reality experiences" that showcase environments and stunning computer graphics, but only a few focus on storytelling. 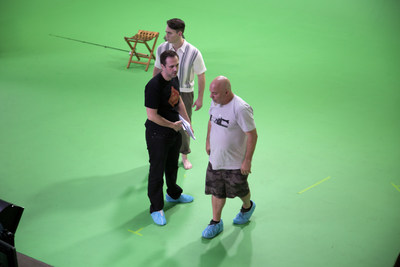 "Our goal is not only to explore the language of VR in a way that allows us to tell stories, but also create mechanisms that will allow it to be used by traditional filmmakers and be financially accessible to independent producers," Bydlowski says.

NanoEden, which is expected to be released on the second half of 2017, is being made in partnership with Synaptic VFX, the company behind the visual effects of movies such as Now You See Me 2, Iron Man, Hancock, and Alice in Wonderland in 3D.

"The number of people going to the movie theater is decreasing dramatically. Many are happy to watch films on their computers and cell phones. Virtual reality could be the way to compensate for the lack of immersion of small screens and transport audiences back to the world of a story more effectively," Bydlowski explains.

While some say they believe in Cryonics, others believe in Whole Brain Emulation (WBE), or mind-uploading. The idea of WBE is to build an AI replica of a person's brain, allowing the person to live in the digital world. The film, written and directed by Bydlowski, tells the story of a married couple, Harriet and Peter, who signed a contract to upload their memories to a computer after they die. The couple, who do not remember they have died, will need to find a way out of their present situation of confusion and pain in the digital world. The film is a critique on the complete belief in technology.

The film's cast includes Scott Allen Rinker, known for Star Trek Enterprise, and Jerome Charvet, who has worked with Gerard Depardieu and Jean Reno. The cinematography and visual effects are in the hands of Shant Jordan, the talented artist behind the visual effects of The Day After Tomorrow. Stephen Pugh, whose credits as visual effects producer include Game of Thrones, is also part of the team. The producers expect the project to be completed on the first quarter of 2017. 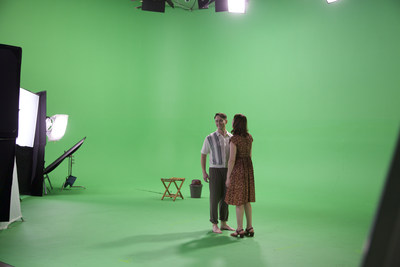 To view the original version on PR Newswire, visit: http://www.prnewswire.com/news-releases/nanoeden-the-first-3d-virtual-reality-feature-film-and-the-promise-of-eternal-life-300380024.html Got A Minute? Go To Mars: A Virtual Reality Journey