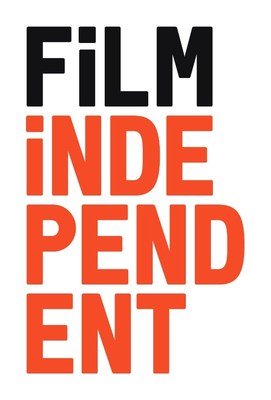 Over the course of five consecutive weeks, filmmakers and film lovers will hear firsthand from these esteemed writers and directors whose originality, ingenuity and talent have set them apart as leaders in their craft. Each night will delve into specific aspects of developing and directing—writing, casting and eliciting compelling performances from actors are among the topics that will be covered.

"Each session of the Directors Close-Up is filled with insightful revelations about the creative process, " said Maria Raquel Bozzi, Film Independent's Senior Director of Education and International Initiatives. "Through the years, it's been great to see how even the directors participating discover new and surprising aspects of their work as they explore with their peers and collaborators."

This year the series will kick off on February 1 with director Barry Jenkins, casting director Yesi Ramirez and members of the Moonlight cast, winners of the Robert Altman Award at the Film Independent Spirit Awards, who will discuss the casting process and the director-actor collaboration. Other sessions include The Independent Spirit: A Directors Roundtable with Andrea Arnold, Robert Eggers, Pablo Larraín and other Film Independent Spirit Awards nominees, Directing Animation with Travis Knight and members of the creative team from Kubo and the Two Strings, Creating the Visual Language of a Film with Denis Villeneuve and Auteur TV with director Issa Rae and others to be announced.

The 2017 Film Independent Directors Close-Up is sponsored by Premier Sponsors the Directors Guild of America, Ovation, Landmark Theatres, and SAGindie.

All panels will take place at The Landmark (10850 West Pico Boulevard at Westwood Boulevard) on Wednesday evenings from 7:30 pm to 9:30 pm and will be followed by receptions. For more information on the schedule and to buy passes, click here or call 310.432.1213.

ABOUT FILM INDEPENDENT
Film Independent is the non-profit arts organization that champions creative independence in visual storytelling and supports a community of artists who embody diversity, innovation and uniqueness of vision. Film Independent helps filmmakers make their movies, builds an audience for their projects, and works to diversify the film industry. Film Independent's Board of Directors, filmmakers, staff, and constituents, is comprised of an inclusive community of individuals across ability, age, ethnicity, gender, race, and sexual orientation. Anyone passionate about film can become a member, whether you are a filmmaker, industry professional, or a film lover.

To view the original version on PR Newswire, visit: http://www.prnewswire.com/news-releases/andrea-arnold-robert-eggers-barry-jenkins-travis-knight-pablo-larrain-issa-rae-and-denis-villeneuve-to-participate-in-16th-annual-film-independent-directors-close-up-300388922.html