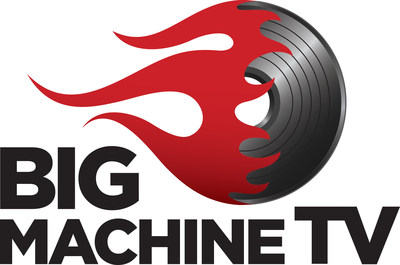 "Big Machine has always pushed the envelope, and we found ourselves asking, 'is there a better way' when it comes to syndicating our online content, pushing it onto social media, protecting it and ultimately monetizing it at the highest rate possible to benefit our artists," said BMLG President and CEO Scott Borchetta. "And the answer was 'yes'. The Big Machine TV platform is an incredible tool to better serve our artists and their fans by delivering content when and how we want, all the while making sure the creators are compensated fairly."

Big Machine Label Group has repeatedly been known for making groundbreaking moves among the music industry and in 2016 was named by Fast Company magazine as one of the "Most Innovative Companies" in America. In 2012, in an unprecedented deal, BMLG made history by working with Clear Channel, the largest owner of U.S. radio stations, to secure sound-recording performance royalties to the label and its artists. This became the first time in history that artists would get paid for their recordings on terrestrial radio stations.

More details about the launch will be revealed in the coming weeks.

To view the original version on PR Newswire, visit: http://www.prnewswire.com/news-releases/big-machine-label-group-to-launch-digital-video-platform-in-february-300392906.html