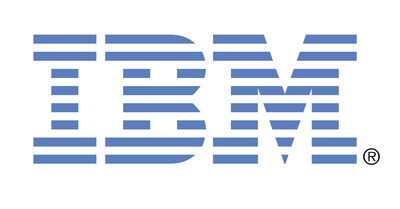 With more than 160 zettabytes of data expected to be generated by 2025 according to IDC[1], enterprises of all sizes are increasingly relying on cognitive and deep learning applications to make sense of these massive volumes and varieties of data. GPUs, or graphics processing units, work in conjunction with a server's central processing unit (CPU) to accelerate application performance helping these compute-heavy data workloads run more quickly and efficiently.

Since 2014, IBM has been working closely with NVIDIA to bring the latest GPU technology to the cloud. IBM was the first cloud provider to introduce the NVIDIA Tesla K80 GPU accelerator in 2015 and the Tesla M60 in 2016, and the introduction of the Tesla P100 builds on IBM's leadership in bringing the latest NVIDIA GPU technology to the cloud for machine learning, AI and High Performance Computing (HPC) workloads.

"Deep learning and AI was once reserved for a select few companies such as research organizations and universities," said Subbu Rama, founder and CEO, Bitfusion. "By collaborating with IBM to use NVIDIA GPUs on the cloud, BitFusion is changing that dynamic, enabling data scientists and developers to jumpstart innovation."

As the first global cloud provider to enable the use of the Tesla P100 GPU accelerator on the cloud, IBM will make it more accessible for businesses in industries including healthcare, financial services, energy and manufacturing to extract valuable insight from big data. For example, clients in the financial services industry can use GPUs on the IBM Cloud to quickly run complex risk calculations; healthcare companies can more quickly analyze data or identify possible genetic variations; and energy companies can identify new ways to improve operations.

"The latest NVIDIA GPU technology delivered on the IBM Cloud is opening the door for enterprises of all sizes to use cognitive and AI to address complex big data challenges," said John Considine, general manager, Cloud Infrastructure, IBM. "IBM's global network of cloud data centers along with its advanced cognitive and GPU capabilities is helping to accelerate the pace of client innovation."

"As the AI era takes hold, demand continues to surge for our GPU-accelerated computing platform in the cloud," said Ian Buck, general manager, Accelerated Computing, NVIDIA. "These new IBM Cloud offerings will provide users with near-instant access to the most powerful GPU technologies to date – enabling them to create applications to address complex problems that were once unsolvable."

To learn more about GPU capabilities on the IBM Cloud, please visit: https://www.ibm.com/cloud-computing/bluemix/gpu-computing

To view the original version on PR Newswire, visit: http://www.prnewswire.com/news-releases/ibm-first-to-deliver-latest-nvidia-gpu-accelerator-on-the-cloud-to-speed-ai-workloads-300435121.html