Fastdata.io Raises $1.5 Million From NVIDIA And Others To Launch A True Real-Time Stream Processing Engine

GPU-Based Real-Time Stream Processing Engine up to Three Orders of Magnitude Faster, While Also Reducing Power and Space Requirements by up to 90 Percent

SANTA MONICA, Calif., May 4, 2017 — (PRNewswire) — Fastdata.io, the true real-time stream processing company, today announced it has raised a total of $1.5 million from NVIDIA and other investors. The company is introducing the world's fastest and most efficient stream processing software engine to meet the critical and growing need for efficient, real-time big data processing. Fastdata.io will use the financing to invest in developing its product, marketing and talent acquisition. 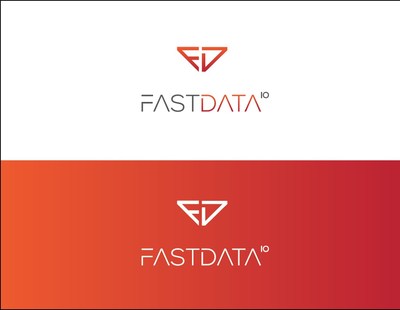 Processing complex algorithms against terabytes of live streaming data, the FDIO Engine will:

"Our FDIO Engine is unique in the industry, built from the ground up for both speed and efficiency. It can process large amounts of streaming data while natively accelerating any existing algorithms out of the box. This was made possible by low-level programming and harnessing the sheer power of NVIDIA's efficient GPU technology," said Alen Capalik, CEO and founder of fastdata.io. "The FDIO Engine will exploit NVIDIA's latest GPUs and its CUDA API to make stream processing so much more efficient that it will usher in a new era, opening endless innovative opportunities for businesses and new applications."

"Fastdata.io is one of the most innovative AI startups that we have seen using NVIDIA's GPU-based platform to provide truly real-time stream processing," said Jeff Herbst, vice president of business development at NVIDIA. "By leveraging CUDA and our most advanced GPU technology, the FDIO Engine promises to offer unmatched efficiency and power savings to drive new technologies forward."

Fastdata.io will exhibit at the GPU Technology Conference on May 8-11, 2017, in San Jose, California and participate in the exclusive NVIDIA AI Day for Select VCs on May 10 at the conference. Come visit fastdata.io at booth #1023.

To learn more about this new era of accelerated data processing watch  "Welcome to Age of Fast Data" created by Jason Silva at http://tinyurl.com/fastdata-yt.  Silva is the host of National Geographic's Origins (& Brain Games in 2013) and the creator of "Shots of Awe", a YouTube channel on the Discovery Digital Networks TestTube, which presents weekly "micro-documentaries" on creativity, innovation, exponential technology, futurism, metaphysics, existentialism and the human condition.

About fastdata.io
Fastdata.io is introducing the world's fastest and most efficient stream processing software engine. Leveraging general-purpose computing on GPUs, fastdata.io has developed its FDIO Engine™, a high-performance computing software engine, to exploit the massively parallel processing capability of NVIDIA's GPU platform. The FDIO Engine accelerates stream processing up to three orders of magnitude faster, while simultaneously cutting power and space requirements in the data center by more than 90%. The company was founded in 2016 by Alen Capalik. Fastdata.io is headquartered in Santa Monica, California with offices in Seattle, Washington. For more information, visit http://fastdata.io/

To view the original version on PR Newswire, visit: http://www.prnewswire.com/news-releases/fastdataio-raises-15-million-from-nvidia-and-others-to-launch-a-true-real-time-stream-processing-engine-300451332.html