New action-packed, post-apocalyptic racing game will allow players to compete against each other for cash prizes

SAN FRANCISCO, March 21, 2018 — (PRNewswire) —   Denali Publishing, LLC, creator of Guns, Cars and Zombies!, (GCZ) a popular action-packed, post-apocalyptic racing game available for Android and iOS, announces Guns, Cars and Zombies! Turbo (GCZ Turbo) in partnership with Skillz Inc., a leading mobile eSports platform, at booth #441 at Game Developers Conference 2018 in San Francisco. Once available, players will be able to compete against each other to win real cash prizes via the Skillz platform. 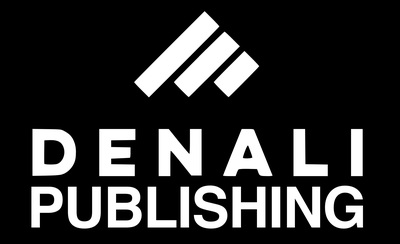 GCZ has over four million downloads to date, is the number three racing title in North America and number one in international markets, and boasts a 4.4 star rating in both the Google Play and Apple App store. GCZ Turbo is a new game that will enable players to compete against their peers and people around the world for real cash prizes. The game lets players pimp their rides, mount their guns and drive through various action-packed locations full of deadly enemies, with next-level 3D graphics that sets the game apart from its competitors.

"eSports are rising to be right in line with traditional sports when it comes to the most popular forms of spectacle entertainment, making Skillz the perfect partner for GCZ Turbo," said Mike Lu, co-founder and CEO of Denali Publishing, LLC. "The platform enables us to take our most popular game, known for its high-tech graphics, and add a competitive twist, which immensely ramps up the player experience."

Denali Publishing and Skillz will be at booth #441 at Game Developers Conference in San Francisco from March 19-23, 2018. GCZ Turbo will be widely available to consumers in Q2 of 2018.

Denali Publishing, LLC is a San Francisco-based mobile game publishing studio with global development and operational arms. Comprised of leading industry professionals, the company was founded in 2017 with a mission to bring the blockbuster experience to the smaller screen. Denali Publishing, LLC is a subsidiary of Carnegie Technologies, a telecommunications and technology corporation.

For more information, visit https://denalipublishing.com/ or check out Guns, Cars and Zombies! in the Google Play and Apple App stores.

Skillz, the leading mobile eSports platform, connects the world's 2.6 billion mobile gamers through competition. In 2017, Skillz was named the #1 fastest-growing private company in America by Inc. Magazine, the first eSports company on CNBC's Disruptor 50, and the only eSports company on the San Francisco Business Times Fast 100. Over 12 million gamers use Skillz to compete in mobile games across 3,000+ game studios. Founded in 2012, Skillz is headquartered in San Francisco and backed by leading venture capitalists as well as the owners of the New England Patriots, Milwaukee Bucks, New York Mets and Sacramento Kings. To learn more, visit www.skillz.com.