New study seeks to return amputees to the water with 3D-printed, amphibious, prosthetic leg
NEW HYDE PARK, N.Y., Aug. 7, 2018 — (PRNewswire) —   Northwell Health announced today the start of a new study to produce and commercialize its prosthetic swim leg, offering hope for the estimated 1.9 million Americans who have lost a limb to resume a more-active lifestyle. The results of the study testing the "The FIN" will aid in a future application to the US Food & Drug Administration (FDA), with the goal of partnering with the US Department of Veterans Affairs to make this life-changing prosthetic more widely available.

The FIN is the first 3D-printed, prosthetic leg attachment to give amputee swimmers the ability to navigate from land to the water and back without having to switch prosthetics. The study seeks to gather data from up to 10 participants about the ease and efficiency of using The FIN in the water.

"We made something that didn't exist yet and solved a specific problem in a very spectacular way.  My hope is that this device creates unforeseen opportunities for amputees everywhere," said Northwell Health researcher Todd Goldstein, PhD, who designed and developed the new amphibious prosthetic. "This study is the first step in making this innovative prosthetic available to the millions of amputees looking to return to the water."

For one of the study participants, 28-year-old Marine veteran Kevin Vaughan of Merrick, NY. The FIN offers the hope of allowing him to continue his almost-daily swims in his backyard pool with ease.  Mr. Vaughan lost his leg in 2011 when a bomb attack in Afghanistan forced doctors to amputate his leg below the knee.  "Before the Marine Corps, I grew up at the beach and the pool, and that was hindered after my service," he said.  "Now I can use this prosthetic to return to something I love to do, which is go the beach and swim."

For 47-year-old Seamus Doherty of Manhattan, he said he hopes The FIN would mean spending more time with his active seven-year old son Seamus, who loves the water.   Mr. Doherty, a commanding officer of a detective squad in Brooklyn, lost his leg after a hit-and-run motorcycle accident nearly took his life.  "This prosthetic is the answer to my prayers in being able to spend more time with Seamus at the beach and truly being free to come and go in and out of the water," he said.

The development of this pioneering, amphibious prosthetic was spearheaded by Northwell Ventures, which evaluates, develops and commercializes ideas that originate with the organization's physicians, researchers and other employees.

The FIN was designed and printed by Northwell Health's 3D printing experts, working in collaboration with a Long Island-based firm, Eschen Prosthetic and Orthotic Laboratories, a prosthetic design firm headquartered in Hicksville.

"For amputees with a passion for swimming, there was no device out there that was truly amphibious and allowed them to really swim.  We hope to develop other customized solutions that will enable the estimated 1.9 million people who have lost a limb nationwide -- a number that is expected to double by 2050 -- to resume active lifestyles," said Thomas Thornton, senior vice president of Northwell Ventures.

The study underscores Northwell's commitment to veterans and other patients to not only provide care, but to also push forward innovation.

To pre-order The FIN or to learn more about Northwell's automated 3D printing lab and how it is creating state-of-the-art, personalized treatments for patients visit: https://www.northwell.edu/3d-design-innovation

About Northwell Health
Northwell Health is New York State's largest health care provider and private employer, with 23 hospitals, 665 outpatient facilities and more than 18,500 affiliated physicians. We care for over two million people annually in the New York metro area and beyond, thanks to philanthropic support from our communities. Our 66,000 employees – 16,000-plus nurses and 4,000 employed doctors, including members of Northwell Health Physician Partners – are working to change health care for the better. We're making breakthroughs in medicine at the Feinstein Institute for Medical Research. We're training the next generation of medical professionals at the visionary Donald and Barbara Zucker School of Medicine at Hofstra/Northwell and the Hofstra Northwell School of Graduate Nursing and Physician Assistant Studies. For information on our more than 100 medical specialties, visit Northwell.edu. 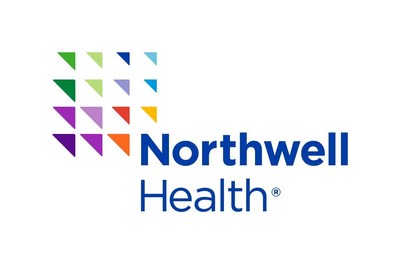