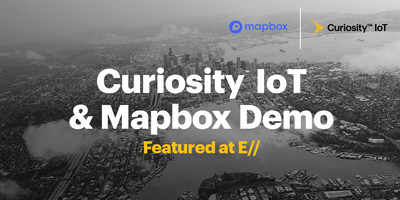 Sprint and Mapbox will be showcasing how technologies like the Mapbox Vision SDK enable the billions of IoT devices that travel the roads every day. Research firm Statista estimates there will be over 75 billion IoT devices worldwide by 2025. Sprint and Mapbox estimate this partnership relationship could enable many of these devices to leverage the power of real-time visual context in their services.

At the heart of this collaboration are the ubiquitous sensors and cameras that are part of camera-enabled autos, trucks, buses, and smart machines. Mapbox's Vision technology will capture changes along the roadway and use Curiosity IoT's edge computing to identify and characterize those changes. Together, these technologies will be able to both capture changes on roads and pathways and translate those into continuously updating maps using computer vision technology both on the mobile device and in the Curiosity IoT network cores.

Sprint 5G connectivity will allow high definition maps of the road network to be distributed, consumed, and updated seamlessly, providing automated vehicles and other mobility services with the live location data required to operate safely and efficiently. Maps will immediately adapt to their environment providing the most accurate and responsive location, routing, logistics, and other critical business, traffic, and public safety decisions.

"Sensors and cameras are everywhere, and this collaboration harnesses their ubiquity and power to provide live mapping capabilities at 5G scale," said Eric Gundersen, chief executive officer of Mapbox. "Mapbox Vision makes the Live Map possible, and this collaboration will lead to safer and more efficient traffic management for human, delivery, and machine transportation."

Those changes can then be integrated back into the digital map and distributed out to all users to provide a "live map" that reflects the real-time world. Mapbox's Vision SDK allows this computer vision technology to be integrated into a wide variety of navigation and driver safety application. These add visual input and real-time environmental information to Mapbox's precision mapping technology, allowing all intelligent machines to move at a level of precision never seen before.

Sprint and Mapbox: Real-time Updating, High Accuracy, & Precise Detail
Mapbox has pioneered the "Live Map"; a map built not from outdated surveys, but rather from data collected from hundreds of millions of location-enabled sensors that feedback information about the world in real time. The future demands fresh, precise maps—for humans and machines alike. The Mapbox Vision SDK, which is in private beta, unlocks a sophisticated suite of future-ready features, including augmented reality navigation experiences, context-aware safety alerts, and live mapping—turning cameras into powerful connected sensors. Mapbox uses AI to turn these massive data streams into a picture of real-time transit paths that can be used for precise, up-to-date routing.

For more information on Sprint Curiosity™ IoT, Mapbox precision mapping and/or to schedule an interview or briefing with Sprint or Mapbox executives, please contact Sprint@GoDRIVEN360.com.

About Sprint:
Sprint (NYSE: S) is a communications services company that creates more and better ways to connect its customers to the things they care about most. Sprint served 54.5 million connections as of Dec. 31, 2018 and is widely recognized for developing, engineering and deploying innovative technologies, including the first wireless 4G service from a national carrier in the United States; leading no-contract brands including Virgin Mobile USA, Boost Mobile, and Assurance Wireless; instant national and international push-to-talk capabilities; and a global Tier 1 Internet backbone. Today, Sprint's legacy of innovation and service continues with an increased investment to dramatically improve coverage, reliability, and speed across its nationwide network and commitment to launching the first 5G mobile network in the U.S. You can learn more and visit Sprint at www.sprint.com or www.facebook.com/sprint and www.twitter.com/sprint. 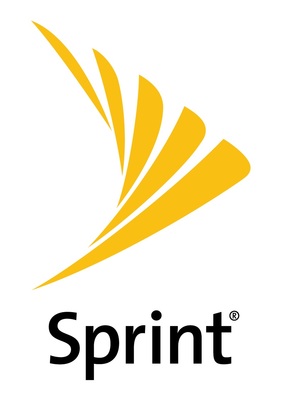