While conventional moving images on flat screens or in 360-degree virtual reality are shot from a fixed camera viewpoint, volumetric video captures the object from all angles to create three-dimensional images, providing viewers with complete freedom to enjoy them from a vantage point of their choice.

The main features of SUPERTRACK are that its environment for video shooting can be set up easily without requiring special settings or equipment such as a green backdrop screen, and that it is capable of creating high-resolution volumetric video images that can be viewed on commercially available PCs and displayed in life size by utilizing a unique 3D configuration program.

Additionally, the system is the first in the world to create and display three-dimensional moving images in real time, drawing on a unique technique of presentation (*patent pending) based on point cloud technology. It can also stream images live via cloud server.

SUPERTRACK can record the presence and motion of people and other living things as users see them, in a way that cannot be expressed by CG or motion capture, elevating the art of video from a means of recording to an immersive experience. 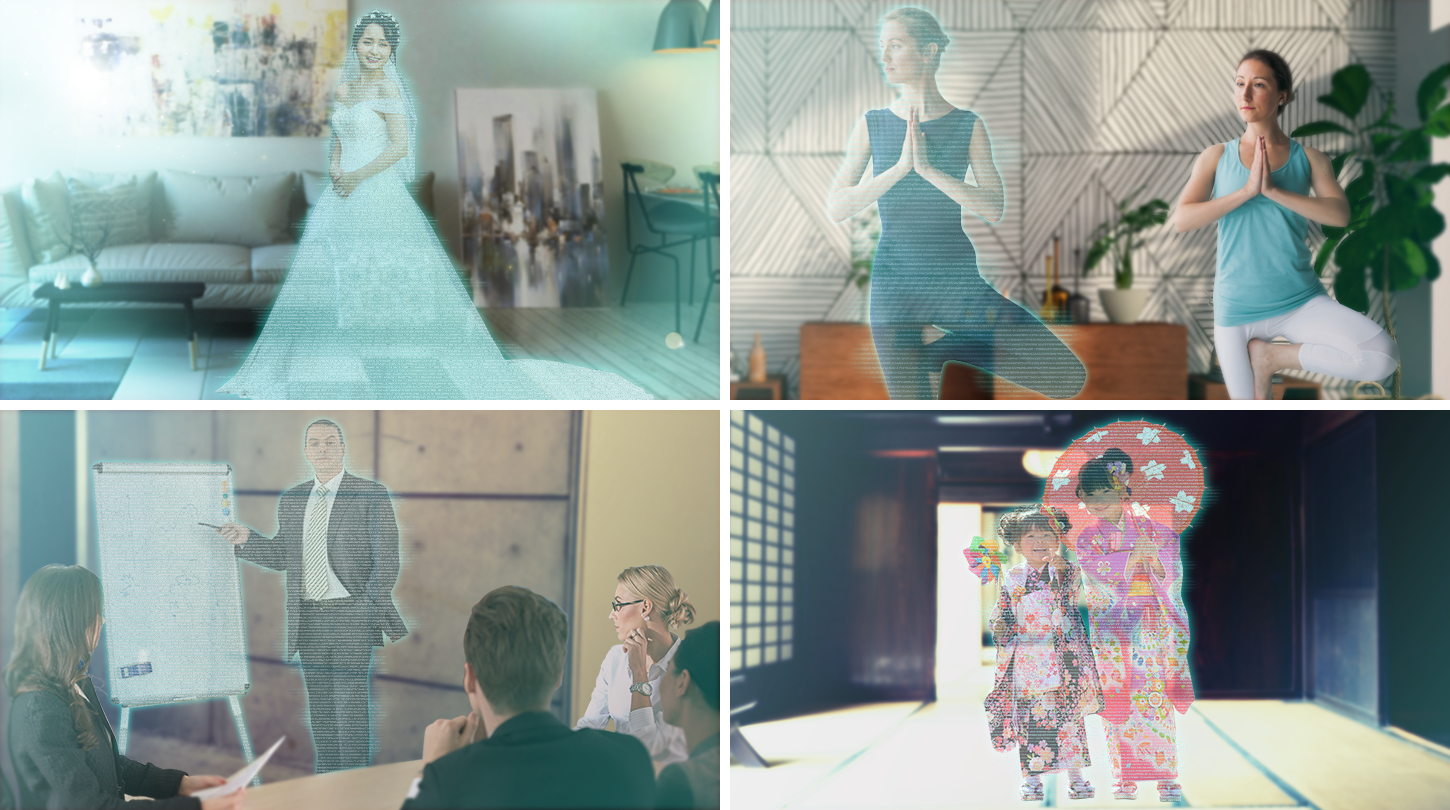 Media Kobo is set to release "HOLOGRA" on Steam, a video game digital distribution platform, in August 2019 as the first round of content drawing on this SUPERTRACK technology.

This content features a host of cosplayer models, including world-famous Reika, and they can be seen from any viewpoint that enables players to feel as if cosplayer models are in front of their eyes.

Performers: Popular cosplayers at home and abroad are scheduled to be featured -- including Reika who is so red-hot as a cosplayer that she has been invited to visit more than 40 countries and served as a juror at world cosplay competitions.

The download URL will be announced on the official website ( https://supertrack-mr.com/) as soon as it is decided.

Images contained in this press release can be downloaded from the URL below.
https://www.mkb.ne.jp/img/190708/presskit.zip