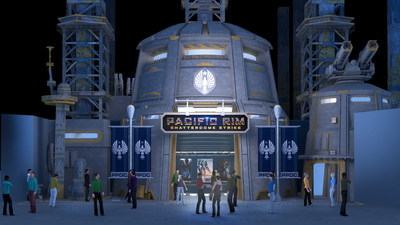 "We are delighted to collaborate with Trans Studio on the world's first Pacific Rim dark ride," says Drew Von Bergen, Manager of Franchise Management at Legendary Entertainment. "Their commitment to both creative ambition and quality of execution has made for an experience that we believe will thrill and delight parkgoers."

Touted as "The World's First Immersive Theater Dark Ride", the experience takes place in four distinct parts encompassing a nearly 20-minute run time, and puts guests face to face with 3 new deadly KAIJUS making their debut within the ride, each with unique powers and abilities. The experience begins at the launch ceremony for the Pan Pacific Defense Corp's first MARK VII JAEGER - the ground-breaking STORM GARUDA. Guests will experience the thrill of piloting the most advanced mobile weapon in the PPDC's fleet thanks to the imaginative combination of 3D film sequences, practical effects, and state of the art ride vehicle technology.  There is also a surprise twist midway through the ride portion that is unprecedented in the history of theme parks.

To create this 'next generation' dark ride experience, Trans Studio enlisted the talents of Legacy Entertainment, a globally renowned Hollywood-based entertainment design firm, to design, direct and produce the attraction, and Lay-Carnagey Entertainment ("LCE"), an innovative media production team, to direct and produce the attraction's media components. At the heart of this thrilling attraction, conceptualized and implemented by Legacy Entertainment's creative team led by Taylor Jeffs, Chris Moschella and writer/creative director Lee Roe, is an action-packed 3D film experience directed by LCE's Roger Lay Jr, that is seamlessly blended into a larger than life ride experience with elements of live theater, immersive environments, and motion-based ride technology.

The "Pacific Rim: Shatterdome Strike" experience expands the Pacific Rim mythology by introducing new Jaegers and Kaiju to the growing universe. Trans Studio worked closely with Legendary Entertainment to ensure that all of the new story elements, technology, and creatures would fit into the ever-evolving Pacific Rim canon.

"Trans Studio challenged us to create a dark ride experience unlike any other," says Eric Carnagey, the project's Executive Producer at Legacy Entertainment. "The result is one of the most unique theme park experiences in the industry today. No matter what park guests have seen before, they'll be shocked by what we have in store for them at Pacific Rim: Shatterdome Strike."

First launched in 2013, Legendary's Pacific Rim franchise traces humanity's ongoing war against a monstrous global threat that can only be fought when the bravest among us level the battlefield at the helm of powerful mechs built to defend our very existence. The series has grossed over $700M at the global box office and has spawned not only several comic book series including Pacific Rim: Aftermath, but also an anime series set to debut on Netflix in 2020.

Trans Studio is Indonesia's leading theme park operator, with 2 successful theme parks in operations, in Makassar and Bandung. There is much anticipation with the residents of the greater Jakarta area and all over Indonesia for the opening of the Cibubur park. The first-in-the-world rides like Pacific Rim, are confirming Trans Studio's ability and drive to be an operator of international standards. In addition to their theme parks, Trans Studio built and operates numerous "KidCity" family entertainment centers in its TransMart shopping centers around the country. In the middle of 2019 Trans Studio has also opened the first indoor snow and ski park in Indonesia. With this great offering of attractions, Trans Studio continues to dominate the Indonesian market and lead innovation in visitor experiences.

Legendary Entertainment is a leading media company with film (Legendary Pictures), television and digital (Legendary Television and Digital Media) and comics (Legendary Comics) divisions dedicated to owning, producing and delivering content to mainstream audiences with a targeted focus on the powerful fandom demographic. Through complete or joint ownership, Legendary has built a library of marquee media properties, and has established itself as a trusted brand which consistently delivers high-quality, commercial entertainment including some of the world's most popular intellectual property. In aggregate, Legendary Pictures-associated productions have realized grosses of more than $17 billion worldwide at the box office.

Originally launched in 2002, the Hollywood, California-based Legacy Entertainment today stands as one of the most successful entertainment design firms in the global industry today. The company has developed, designed and produced over 40 successful projects worldwide, spanning mediums that include Theme Parks, Attractions, Hotels/Resorts, Casinos, and Aquariums. Their most recent opening is the $700 million-dollar Shanghai Haichang Ocean Park in China.

LCE is a media production company that creates innovative content for film, television, and themed entertainment attractions across the globe. Founding partners Roger Lay, Jr. and Eric Carnagey have produced content based on major global brands and intellectual properties for such clients as CBS, Paramount, Universal, and eOne to name a few. 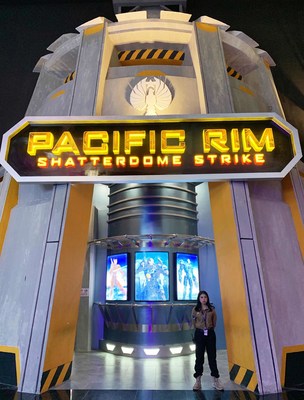 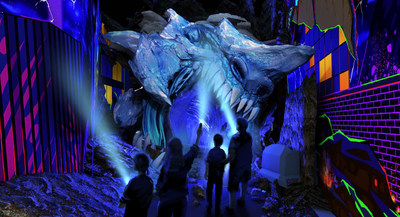 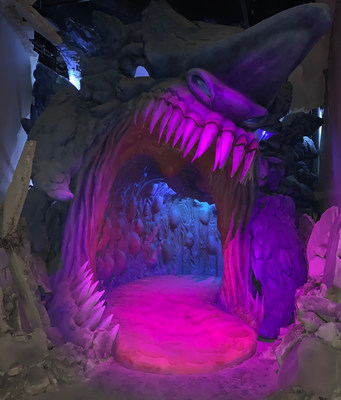 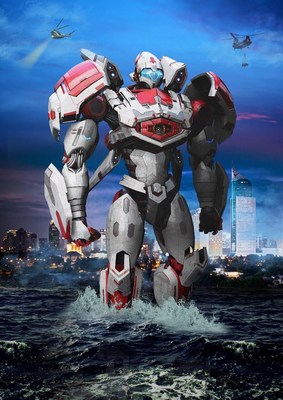 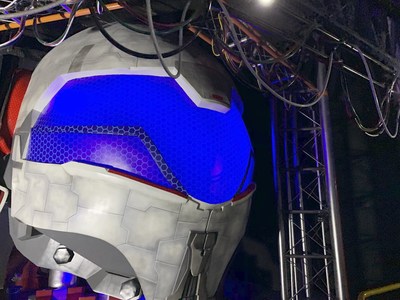