BEIJING, Aug. 5, 2019 — (PRNewswire) — iQIYI, Inc. (NASDAQ: IQ) ("iQIYI" or the "Company"), an innovative market-leading online entertainment company in China, yesterday hosted a "Scream Night" live music concert (the "Event") in Beijing. The Event was held as part of iQIYI's Summer Young events, a series of summer-themed offline events in which iQIYI members are given the opportunity to interact with celebrities that appear in their online viewing experience. The Event featured performances from a star-studded line-up, such as Jay Chou and the company's first Chinese new-gen culture virtual idol band RiCH BOOM (the "Band"), which is composed of 6 band members with different appearance and personalities. At the Event, the Band also debuted a holographic performance of its newly released single Rich Boom. 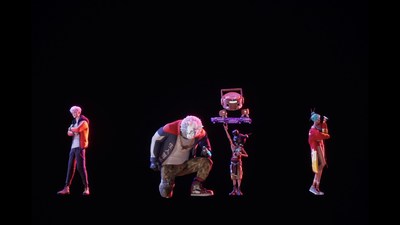 Prior to this holographic performance, only pre-recorded interactions between virtual characters and human beings were available as real-time response from the virtual character is considered too technically challenging to achieve. For this Event, iQIYI applied real-time interactive technologies, such as the game engine UE4, to reduce the time consumption of production. This allows RiCH BOOM to interact with people in real-time without pre-arranged settings. The performance of the Band itself is realized through holographic projection technology on the main stage.

Driven by its extensive content resources and technology-based mission, iQIYI seeks to establish RiCH BOOM as a leading figure of China's new-gen culture. On August 2nd, 2019, the Band officially released two new singles Dare and Rich Boom, which were jointly produced by the Band's virtual producer Producer C and renowned professionals. One of the singles, Dare, was co-produced by Beyoncé's music producer while its music video was produced together with well-known Hollywood animation director Pete Candeland. The other single, Rich Boom, was co-produced by Bruno Mars' producer, The Stereotypes. Audio recordings and music videos of both singles were released on NetEast music and Weibo music, followed by track releases on Tencent Music and other music platforms. 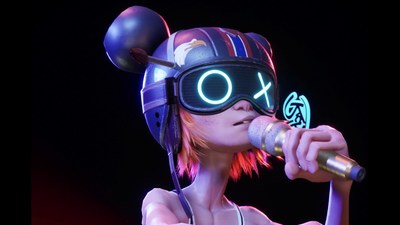 "iQIYI fully leverages both its online and offline resources to cultivate RiCH BOOM, the first virtual idol brand in China", said Joyce Yang, Vice President of iQIYI. "With differentiated positioning and our unique approach, iQIYI's IPs are able to get quicker responses from the market and be recognized for their commercial values, making them a great representation of our brand."

With its diversified monetization capabilities, iQIYI has been able to innovatively maximize the value of RiCH BOOM's IP. Aside from live performances, the Band has also been featured in iQIYI's online variety show Qing Chun You Ni and its music reality show CZR. The popularity of the Band reflects iQIYI's strong grasp of youth culture and its commitment to set positive cultural trends for young audiences. The company also plans to apply the Band's IP to animation, gaming and collectible toys. Going forward, iQIYI will continue fostering new-gen IPs that focus on the integration of online and offline resources to build its diversified entertainment ecosystem.