NEW YORK, Aug. 13, 2019 — (PRNewswire) —  The Princess Grace Foundation-USA (PGF-USA) is proud to have one of its most illustrious Award winners, Leslie Odom Jr., announce the winners of the 2019 Princess Grace Awards.  The Awards will be presented at the annual Princess Grace Awards Gala and continue the legacy of Princess Grace (Kelly) of Monaco, who helped emerging artists pursue their artistic goals during Her lifetime. Since 1982, the Foundation has awarded nearly 800 artists with grants totaling over $1 million annually in theater, dance and film.   In the presence of His Serene Highness Prince Albert II of Monaco, this year's Gala will be held at the Plaza Hotel in New York City on November 25, 2019. 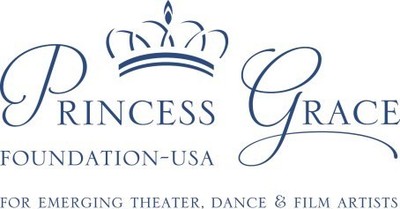 For the eleventh year in a row, celebrated artist Alex Soldier, known for his mastery of precious miniatures, has created an objet d'art to represent the Princess Grace Awards.  The Award, realized as a wearable pin, symbolically combines the three art forms lauded by the Foundation: theater, dance and film by using precious metals and Swarovski crystal accents.

Special Project, Works in Progress Residencies at the Baryshnikov Arts Center and the Choreography Mentorship Co-Commission (CMCC) Awards are grants available to past Princess Grace Awards and Honoraria recipients for uniquely significant projects that advance their artistic development.  This year's winners are: