JUPITER, Fla., Jan. 14, 2020 — (PRNewswire) — WorldIPI.com President Lisa Pamintuan announced patent #10,536,496 has been issued by the US Patent and Trademark Office to Donald Spector, one of the world's most prolific inventors. "Spector has opened several billion-dollar industries in the past and we believe this addition to our world class patent portfolios will change the landscape of the entertainment industry forever. With lower cost and our new patented holographic streaming system, the equipment can be set up in venues as small as a restaurant or home and broadcast visuals and sounds indistinguishable from live entertainment! Previously holography has been used in large scale auditoriums and concert venues. Our patents will now allow streaming holography to go mainstream."

Gary Salzman, President of Big Management says, "I've seen this technology in action and it's absolutely amazing. This is truly the future."

"The entertainment industry and the public have been waiting to see and do more with Holography. Audiences love holograms that they have seen at concerts and trade shows throughout the world. With HoloRama™, our new technology, the audience will not know what is live or what is a hologram until sets come alive, acts appear and disappear and dancers pop out of thin air," Lisa Pamintuan, president of Hologram Records, a division of WorldIPI.com explained.

"HoloRama can do the impossible for artists and producers; it can have higher production value at venues of all sizes with lower costs, and be indistinguishable from reality. Our newer patents now are being developed for one of the fastest growing fields at the juncture of sports and entertainment, E-Sports." 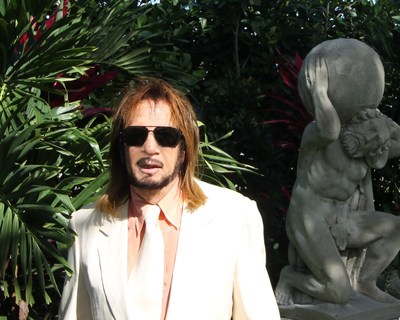 Donald Spector added, "Having been an executive producer on Broadway, the excitement of working with this new venture is the most exciting of my life. Live events are great, but they have not been able to compete with the higher production value of movies. This technology gives the best of both. The economics of having a superstar perform at private events has been reserved for the super-rich or large corporations. This technology provides world class entertainment by allowing headliner acts to perform almost live in intimate venues and gives the audience a close-up experience with their favorite artist. The general public can now afford to pay for a star to perform in HoloRama at almost any social event including weddings, birthdays and anniversaries."

Additionally, this new technology will be able to offer holograms of special effects like waterfalls, giant pop out cakes and Christmas trees in HoloRama as indistinguishable new screen savers, when not being used for performances. Karaoke will change as singers will be able to have famous singers perform with them at parties and nightclubs.

Long term the company is planning a virtual traveling pop up tent circus that can set up at county fairs and events everywhere.

The future is here and HoloRama™ is the Next Frontier in Entertainment.

The inventor, Donald Spector, developed early patents for 3D animation, as well as new patented formats for CDs called Deco Disc which was also a record label. This proprietary Deco Disc format featured legendary artists including Elvis Presley, Stevie Wonder, Nat King Cole, Kenny Rodgers and Pavarotti, along with hundreds of other artists. Spector has opened several billion-dollar industries. Bristol-Myers Squibb created a separate division for his patents which revolutionized the fragrance industry. His patents range from the first hydraulic exerciser with AMF (The Bruce Jenner Exerciser, Muscleworker, MuscleMaster), patents behind the first Super App for Location Based Advertising and Real Time Biopsies to hundreds of consumer products with corporations as diverse as Sun Chemical, Hasbro, Mattel, Symrise and Mitsui, as well other Fortune 500 and midsized companies. His book, The Self Improved, was published by Random House in the U.S. and by Citic Press in China.