NEW YORK, July 17, 2020 — (PRNewswire) —  B&H is excited to announce the next contender for camera of the year, with the announcement of the new URSA Mini Pro 12K cinema camera from Blackmagic Design. This new innovation from Blackmagic takes the original URSA Mini Pro, rips its guts out, and replaces them with upgraded electronics and a sensor that records native 12K aimed at high-end 8K cinema productions. Also released are two updated accessories that have been staples of Blackmagic's camera production: the new 5" Video Assist 3G and 7" Video Assist 3G monitors as well as the UltraStudio Monitor 3G and UltraStudio Recorder 3G video converters, which now have support for Thunderbolt™ 3 computers. 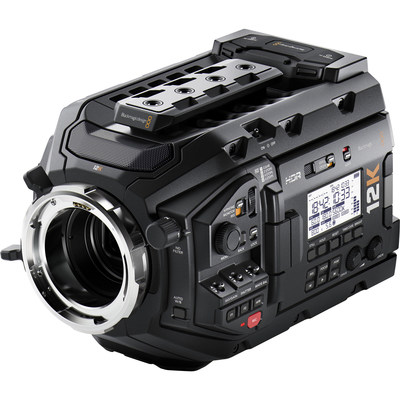 First, the centerpiece. The Blackmagic 12K URSA Mini Pro Camera has a completely redesigned sensor that is optimized for Blackmagic RAW recording in 12K with a massive 12,228 x 6480 resolution. The electronics it employs allow you to designate the sensor not only to record natively in 12K, but also to use in-sensor scaling to record in 8K, 6K, or 4K natively, essentially making it, as it was summarized, a "solid-state, three-sensor prism" of a sensor that allows you to reframe without losing resolution. The sensor sports a Super 35/APC-sized image circle with a 17:9 aspect ratio, 18MP resolution, 14 stops of dynamic range, and it supports variable frame rates of up to 110 fps in 8K/4K and up to 220 fps when recording 4K Super 16.

Blackmagic RAW is a fairly efficient recording format, so even in 12K, the camera isn't overtaxing your storage, and it's efficient enough to edit 12K footage smoothly in DaVinci Resolve on your laptop. But even with that efficiency, Blackmagic has added a USB Type-C output for SuperSpeed recording to external flash drives, which is also great to free up an SDI output for monitoring rather than for recording. It also features dual CFast or UHS-II SD card slots and it can support split-recording up to 900 Mb/s bitrate across both CFast cards. That means even if you lose one of the cards, your data will still be preserved at half the (extremely high) bitrate on the other card.

Mainly aimed at film production and not studio production, since there is no in-camera color correction, the camera also supports Blackmagic's new Generation 5 color science, which supports the sensor with more accurate skin tones, better high roll-off, better 3D LUT consistency, and color-grading range, all optimized for DaVinci to process the 12K footage. Another positive from only the inner electronics being new, the 12K model accepts all the same accessories as the original URSA Mini Pro. The 12K now comes with a PL mount as the default lens mount, which also supports Cooke /i metadata communication. However, the mount remains interchangeable and you can swap it out for an F or EF mount, if you desire. Other hardware features include a 4" capacitive touch LCD screen, a built-in four-position ND filter, 12G-SDI input and output, a LANC connector, a reference input, a headphone jack, and two analog XLR inputs with phantom power.

Along with the enormous introduction of the 12K, Blackmagic Design also introduced the new versions of its Video Assist 5 and 7" monitors. These new, simpler models feature SDI and HDMI input and output monitoring for your camera, and they feature 3G-SDI support up to 1080p60, a bright touchscreen, numerous tools and scopes such as 3D LUTs, waveform, histogram, zebra, and parade, as well as dual L-series battery plates. The 5" version features one SD card slot and the 7" version features two SD card slots for recording ProRes format video. The 7" model also has two mini-XLR inputs to input your audio from other sources.

The last announcement from Blackmagic was the newly designed UltraStudio Recorder and Monitor capture devices that now support Thunderbolt™ 3 computers. They allow you to record or monitor your HDMI or SDI video up to 1080p60 directly to a computer with a Thunderbolt™ 3 port with no delay. The compact, simplified units are ultra-portable and arrive at a much lower price point than their larger, more full-featured HD or 4K siblings, without sacrificing video quality.

As the world's largest source of photography, video, and audio equipment, as well as computers, drones, and home and portable entertainment, B&H is known worldwide for its attentive, knowledgeable sales force and excellent customer service, including fast, reliable shipping. B&H has been satisfying customers worldwide for over 45 years.

Visitors to the website can access a variety of educational videos and enlightening articles. The  B&H YouTube Channel has an unmatched wealth of educational content. Our entertaining and informative videos feature product overviews from our in-house specialists. You can view the B&H Event Space presentations from many of the world's foremost experts and interviews with some of technology's most dynamic personalities. Tap into this exciting resource by subscribing to the B&H YouTube Channel here. In addition to videos, the B&H Explora blog presents new product announcements, gear reviews, helpful guides, and tech news written by product experts and industry professionals, as well as our award-winning podcasts. 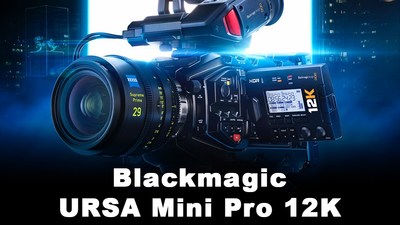 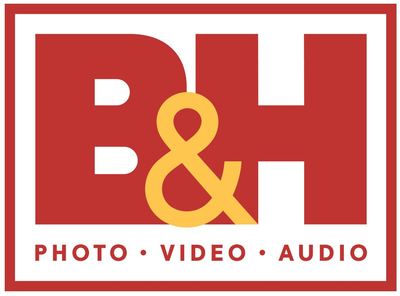