BERKELEY, Calif., March 14, 2017 — (PRNewswire) —  The University of California, Berkeley today announced a corporate gift from the entertainment virtual reality company Immerex that will outfit a new lab for Berkeley's accelerating work in AR/VR – augmented reality and virtual reality. Applications for this research range from AR/VR content that trains doctors in life-saving techniques to performances that bring artists and audiences together in vivid, immersive virtual space. 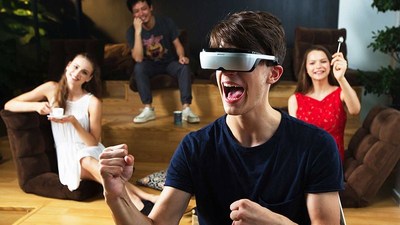 The new lab, to be located in Berkeley's Cory Hall, will be named the Immerex Virtual Reality Lab and provide collaboration space for Berkeley faculty and students affiliated with the Center for Augmented Cognition, based in the College of Engineering. The center supports Berkeley faculty and students in their research on human cognition modeling, human-computer interaction and human-robot collaboration through augmented and virtual reality technologies.

"Thanks to Immerex, we will be able to host advanced student projects and offer new innovative curriculum in virtual reality," said S. Shankar Sastry, dean of the College of Engineering as well as a co-director of the Center for Augmented Cognition. "We expect the new lab will make a positive impact in strengthening Berkeley's leading role in Silicon Valley and globally on the innovation of disruptive technologies that connect information, people and society."

Immerex is a Bay Area-based company that specializes in bringing VR technology to mainstream audiences. They build hardware such as VR head-mounted displays and cameras. Immerex also runs a web portal so that people can experience content that is compelling in VR, such as live events.

"Immerex is thrilled to partner with UC Berkeley and support the future of VR research at the world's leading AR/VR lab," said Kirin Lee, CEO of Immerex. "While Immerex is solving many of the VR limitations our industry sees today, we understand it is partnerships like this that will continue to push the industry forward to new and exciting places, and we are happy to collectively work towards the same goal of seamlessly merging the virtual world with the real world."

"In this new lab, we will be able to create synergies among Berkeley's various programs in AR/VR and connect researchers and students to Immerex's industry-leading technologies and channels in the emerging virtual reality global market," said Allen Yang, executive director of the Center for Augmented Cognition.

Through a combination of hardware and software, AR and VR turn sensing, computation and control into an immersive, interactive, three-dimensional experience. AR users wear a headset, but retain some visibility. Software is constantly mapping a user's surroundings with efficient localization functions and then overlaying digital images and interfaces onto actual physical surroundings.

VR is a different experience: Users wear an eye-covering headset, which serves as a wearable screen with embedded motion sensors – a fully synthetic digital experience independent of actual physical surroundings.

To view the original version on PR Newswire, visit: http://www.prnewswire.com/news-releases/gift-from-virtual-reality-pioneer-immerex-will-create-arvr-lab-at-berkeley-300423083.html