[ Back ]   [ More News ]   [ Home ]
Popular Anime Series Death Note And Bleach Now Available For Free On Pluto TV
LOS ANGELES, Aug. 24, 2017 — (PRNewswire) —   Pluto TV, the leading free OTT television service in America, today announced the availability of popular anime series Death Note and Bleach, both available to stream for free on Pluto TV. The content—all 37 episodes of Death Note and 366 episodes of Bleach (English-subtitled)—is made possible through a partnership with VIZ Media, a premier company in the field of publishing, animation distribution, and global entertainment licensing.

"Anime fans are some of the most passionate in the world," said Tom Ryan, CEO of Pluto TV.   "Pluto TV aims to bring the best anime content to the widest possible audience, so we are excited to partner with VIZ Media to provide two of anime's most popular series, completely for free, to our millions of viewers."

Death Note, is an edgy thriller based on the original manga series written by Tsugumi Ohba and illustrated by Takeshi Obata. In Death Note, Light Yagami is a genius high school student who is about to learn about life through a book of death. When a bored shinigami, a god of death, named Ryuk drops a black notebook called a Death Note, Light receives power over life and death with the stroke of a pen. Determined to use this dark gift for the best, Light sets out to rid the world of evil - namely the people he believes to be evil. Should anyone own such power? The consequences of Light's actions will set the world ablaze.

Bleach, is an animated series based on a smash hit manga series created by Tite Kubo. In the Bleach anime series, for as long as he can remember, Ichigo Kurosaki has been able to see ghosts. But when he meets Rukia, a Soul Reaper who battles evil spirits known as Hollows, his life is changed forever. Now, with a newfound wealth of spiritual energy, Ichigo discovers his true calling – to protect the world of the living and the dead as a Substitute Soul Reaper. When Rukia is taken away to face the ruthless justice of the Soul Society, Ichigo and his friends must cross over and do battle in the spirit world...

Established in 1986, VIZ Media is the premier company in the field of publishing, animation distribution, and global entertainment licensing. Along with its popular digital magazine WEEKLY SHONEN JUMP and blockbuster properties like NARUTO, DRAGON BALL, SAILOR MOON, and POKÉMON, VIZ Media offers an extensive library of titles and original content in a wide variety of book and video formats, as well as through official licensed merchandise. Owned by three of Japan's largest publishing and entertainment companies, Shueisha Inc., Shogakukan Inc., and Shogakukan-Shueisha Productions, Co., Ltd., VIZ Media is dedicated to bringing the best titles for English-speaking audiences worldwide.

Learn more about VIZ Media and its properties at www.VIZ.com. 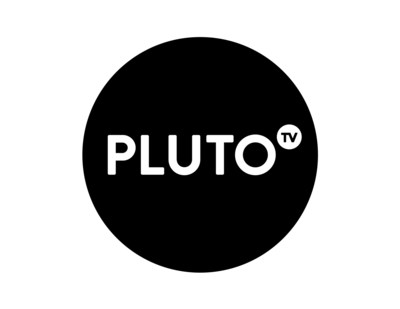